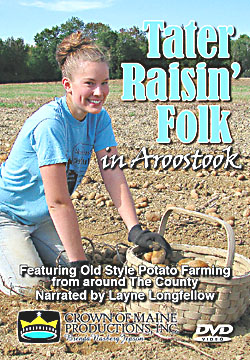 "Tater Raisin Folk" brought back many memories of those cold mornings, boiling afternoons, and welcome ends of the day while picking potatoes and placing those little paper tickets on each hard earned barrel. Thanks for your insights and genuine portrayals of Aroostook County. B. G. Falmouth, Maine

Today small, family run potato farms are fast disappearing and with them, the tradition of the hand picking harvest. The Maine Potato Board estimates that only one to two percent of potatoes now harvested in Aroostook County are gathered in baskets and barrels.

“Tater Raisin’ Folk” captures the sights and sounds of the handpicked potato harvest at a few of the farms where the tradition still takes place in The County.

The show begins at planting time, features the Potato Blossom Festival at Fort Fairfield, and ends with the harvest at farms dotted around The County.

Visit the Smith's Farm in Houlton where a wooden bear welcomes customers at their roadside stand; get off the beaten track in Bridgewater and discover how the Gerritsen’s at Wood Prairie Farm are bucking the trend by going organic; take in the scenes at Dan Stewart’s Family Farm in Presque Isle where young pickers fill their baskets under the watchful eye of Dan and his faithful friend, Rex; witness the fun of picking at Clayton Patrick’s in Woodland with barrels from the 1940’s, and don’t miss the excitement at Phil Nadeau’s Farm in Frenchville when he tries out his re-built potato elevator made from parts he found on the side of the road. 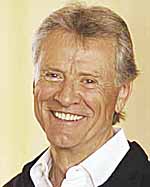 Narrated by
Layne Longfellow,
related to
the poet. 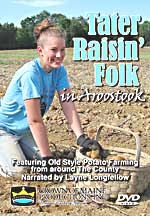